There’s something about windows… Whenever I’m in a new place, just wondering about and taking in the sights and architecture, I often get distracted from the big picture. My eyes fixate on windows and I find myself wondering what it would be like to live behind some of them. I lost count of all those times I bumped into people, looking up distracted, ignoring everything and everyone around.

Then there’s the other side of the window… 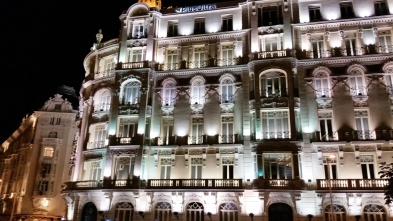 Do you ever get the feeling that there are certain people meant to inhabit that ground floor flat, the one closest to the entrance, with the best view of everybody entering and leaving the building?… I wonder, have they always been that sort of people and their choice of a home is merely an extension of their personality… or is it always location, location, location, and they morphed into the neighbourhood busybody exactly because of it? They always know who you date, what time you got home, from where and with whom, yet somehow they never notice who dinged your car… It’s all about prioritising, I suppose.

Everywhere I lived, in every building I visited several times, they were there, and they never failed to make themselves noticed. I remember the one living in the building I grew up in… and all the ways I had to invent in order to get in and out at the wrong hours, without being noticed. I tell you, it was not an easy job. Getting home late in the evening generally went unnoticed by my grandmother. But another pair of curious eyes would see and report as soon as possible… and god forbid I made my grandmother look bad in front of the neighbours. So what’s a kid to do? Well, nothing else but come home even later, making sure that said lady was sound asleep by that time.

There was no way of escaping them, I concluded a few years ago, when I was contemplating moving. I eventually found a place that was tempting. A couple of visits with the real-estate agent brought him, the ground floor guy, out of hiding. When looking out the window failed to provide enough information on the newcomer, he went out in the garden, blatantly staring at the windows of that flat. To his great delight, we were on the balcony, so his curiosity was appeased. I remember driving to that building the following day, wanting to take one more look without the agent before making my final decision. Parked in what would have become my parking space, I was analysing everything, weighing the pros and cons. The head eventually stopped peering from behind the curtain… because the neighbour decided to come in front of the building to nosily stare at the car and whoever dared to trespass on his “personal” space. Did I really want to live right above this person?… Well, that wasn’t the deciding factor, but it certainly weighed heavily.

Summer is a busy time for one of my current downstairs neighbours, and the good old window and that pulled aside curtain corner are working overtime… so much so, that she even leaves her door slightly open once in a while. The window is just not enough. She may be the keeper of all neighbourhood gossip, but she isn’t among the most obnoxious ones, so I find it easy to tolerate her whenever I fail to avoid her. Hurrying by the open door, I realise I’ve never been too curious to know what life is like behind it… and that’s because the woman living there never fails to overshare. Furthermore, her endless, indiscrete inquiries make people want to keep their distance. Ironically, what most likely is the consequence of loneliness and a need of human contact, is also what prevents her from getting close to anybody. 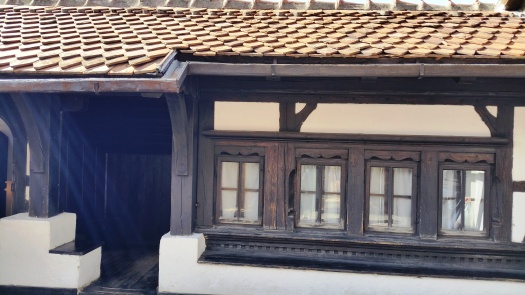