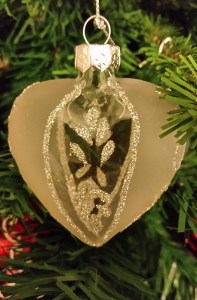 Come December, I see her photo pop up on my phone and I know we’re going to have the same conversation over and over again. Sometimes I don’t even answer, because I’m already too irritable to put up with the depressing rant. I’d rather be the one calling her, when I know I can take it and perhaps even help.

The hypocrisy! Those two hate and trash each-other all the time, and today they were hugging in the middle of the town! They were talking about the holidays and inquiring about each other’s families. As though anybody believes that act!

They only give presents to receive more expensive ones. They’re not fooling anyone.

Please… they only decorate their homes to show off and make everybody else feel miserable. Like we don’t know…

Sure, they’re suddenly humanitarians! They only give to charity to have something to brag about

By all means, devour everything in sight and call it tradition. As though they’re not fat enough already….

I already know all the highlights of holiday cheer.

The lights are just too bright, that’s in poor taste.

These lights aren’t bright enough, you can barely see them. Why even bother putting them up?

All those decorations… that’s just too much. So tacky!

Only a few decorations… that’s not enough. What’s the point?

No Christmas tree for me. No, thank you, I can’t stand the sight of it.

No Christmas tree for me… Everybody has one, but me. I must not deserve one, according to you.

There are always surprising new twists. Somehow, the snow is always whiter under other Christmas trees. Nothing and nobody could make my mother allow for the possibility that somewhere, in the midst of all the exasperating holiday madness, there might also be something real, someone honest and decent.

I used to visit her every year I was invited, regardless of what it cost me – emotionally and financially. I would try to make her happy and proud, never quite succeeding. I’d decorate a tree, if she wanted me to, or I’d pretend not to want one and not to think of all the festive decorations in my empty home, as the trend may dictate that year. I’d listen to her bitch about her husband, and to him, moan about her. Each of them would get upset with me, believing I’m taking the other’s side.

I was one of those people who dread spending the holidays with their parents, yet they masochistically go back for more the following year. I kept hoping something would change. And it did… for the worse… Every Christmas with them became more unbearable than the previous one. I couldn’t do it anymore. I’d come home a nervous wreck and it would take longer and longer to pull myself together.

I decided to take a break for a year or two. It was not well received, so I visited once more. I wasn’t really surprised to see that not only was my gesture not appreciated, but my mother’s Grinch-like behaviour had got worse and her general attitude was atrocious to one and all.

It was what it was, and I finally stopped caring. So instead of ignoring my own needs yet again, I went out and bought a small artificial tree, new decorations, and managed to dig up some of her old Christmas stuff. By the time they woke up from their afternoon nap, it was all nicely decorated and Christmas lights – more than she found acceptable – were sparkling all over her living room. I was ready to growl and defend my Christmassy rebellion. It was my holiday as well. Her husband’s too. Not only hers.

The holidays passed, filled with deception, depression, neurosis, hurtful, reproachful arguments and insensitive comments. Before I left, I informed her of my decision – that was it, no more family holidays for me. There was no happiness, no contentment, no appreciation when we were together.

I had to do what was right for me. Call it selfish behaviour, if you will. But I stuck to my decision; and that was finally the beginning of peaceful, calm and pleasant Christmas celebrations at home – my own warm, festively decorated home.

I’m not a positive person by nature. It takes constant effort to see and appreciate the good parts of my life, rather than obsess over the bad ones. More often than not, I’m a cynical creature and as a realist, I am well-aware of forced holiday cheer, consumerism and hypocrisy. I’ve seen people trying to use this time of year to play on others’ emotions and take advantage of their naïve nature, just as I’ve seen people falling prey to depression, loneliness and despair. Sometimes, it’s hard to keep my head above water and focus on the pretty lights, so that’s when I can’t answer her calls. But I also believe in appreciation and trying to do something nice for somebody.

Sure, many of us get so caught up in our lives, that we need special occasions to remind us that perhaps we should do more. But isn’t once a year still better than not at all? Should that earn us the hypocrisy label, even if that one nice gesture comes from the heart? Just because I’m not too forgiving a person, that doesn’t mean others can’t be. I’m an atheist, but that doesn’t mean I can’t enjoy the holiday spirit and appreciate the human values behind Christmas…

Had I decorated my home yet, she wanted to know this month. Was my town all festive and Christmassy this year? She was looking forward to her town being all lit up for Christmas and she wanted to see photos of my tree. I had to tread lightly, I thought to myself, the way you do, not to scare a wild animal. A few days later, when I called her, she told me about the lights and decorations she put up – the ones I had bought her several years ago. She sounded… cheerful! She went on and on about nicely decorated store windows, Christmas presents and how she hoped it would snow. I haven’t heard her speak that way in well over two decades.

Who’s the little hypocrite now, and many other sarcastic remarks were on the tip of my tongue. But I said nothing, I am not that bitter yet. I wasn’t joking when saying I wouldn’t visit on Christmas and she had to eventually acknowledge that it wasn’t my duty to decorate her home or prepare her holiday feast. It’s up to her to find some contentment in her life. I’m not deluded, I know this wave of good intentions can disappear in the blink of an eye. But for now, I’m glad my own personal Grinch managed to see some Christmas lights… And I hope it lasts.

20 Replies to “My Own, Personal Grinch”