I shouldn’t play favourites, I know, but out of nature’s elements, water is the one I prefer. I may have already mentioned it once or twice. So when Patti from Lens-Artists suggested “Splash” for this week’s challenge, countless stories flooded my mind. I have to agree with her when she says, “water is magical. Its beauty, power and persistence are unsurpassed.” So is its ability to surprise and amaze, I was reminded today, as I was struggling with my feelings towards the first snow of this early winter.

Much like a crazed child, I didn’t know what I wanted to do first, as soon as I had time to spare – go take some photos of the snowy beach, take a walk in the park and gaze at the white trees, or perhaps go get a nice bottle of wine, lock myself in the house to do some writing while sipping mulled wine, and let it snow, let it snow… As it turns out, none of the above, since water in all its states has a mind of its own and it cannot be controlled, especially when the local powers that be have no mind at all.

Driving was certainly no fun today, even if I usually don’t mind driving on snow (ice is another story). The temperature dropped suddenly, heavy snow had replaced heavy rain and there we all were, cursing the “mighty” ones who didn’t bother to do anything about the ice and snow on the roads. After needing an hour to drive a few kilometres, still wondering how I managed to avoid a couple of distracted pedestrians at the very last moment and pleased to have finally arrived home with my car untouched, I really didn’t feel like going anywhere anymore. Besides, it was starting to get dark, and all I wanted was to be warm and cosy. I normally catch at least a glimpse of the beach under the first snow, but it seems nature – or issues of a political nature – got in the way this time.

As Patti said, water is part of us, so perhaps there’s nothing wrong with the fact that our thought process is sometimes as unpredictable and changeable as water. After all, what better way to make a splash? I won’t share any of the memories that came to mind when I initially read Patti’s challenge. Instead, I’ll leave you with a few photos and a fragment from Grey, a story I wrote a while back. 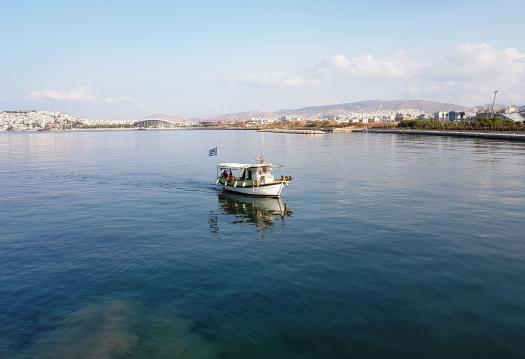 “We stared at the vastness of watery grey ahead of us and much as they tried to explain it, our parents couldn’t make us understand what was beyond it. Somehow we were supposed to believe that what we perceived as infinity had boundaries, and somewhere after that connection between sea and sky, there was a shore just like the one on which our lizard-like bodies laid sprawled in the sun. There must have been children just like us on those shores, building castles just like ours. What did they look like? What were they thinking of? Did they even know we were there too, a sea apart? The water we were splashing around must have touched their sandy hands and tanned skin too. The brighter those deep silver waters sparkled, the more mysterious and surreal they become.

Later, much later, I travelled to the other side of the sea. It didn’t matter that my adult mind was fully aware of geographic reality. Only then did I realize that making a child’s surreal dreams come true is part exquisite fulfilment, part death of innocence. Staring at a grey sea surrounded by fascinating colours, the adult envied all those unknowing, simple souls splashing around on the other side. A child’s infinity becomes terribly limited, constrainingly small in older eyes.” 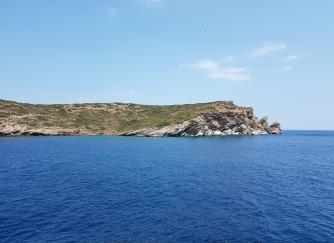