I would have smiled at the sight of that coffee cup, had I not been so displeased to find myself there. I was invited to have a seat at the dining room table and I was flanked by the two of them, one on each side. My eyes wondered around the room I had known my entire life, a room which was unchanged, a room which didn’t feel familiar at all. I wasn’t saying anything. Neither was she, but I knew that look, that fidgety stance, when she just waited for a person’s first sentence in order to pounce on them with all sorts of accusations.

At least my grandfather had the decency to ask me how I was. Did I settle in, was I healthy? Then I was out of monosyllabic answers and he was at a loss for any more polite questions. He was only there to support her, I knew that. No matter how hurtful or unfair she was to their children, grandchildren, distant relatives and close friends, he would always take her side. It was the only context in which they presented a united front and I expected nothing else. In a way, I respected him for it, even if the man I admired in my early childhood was not on my side. She was his wife and he had always seen her from one angle; that would not change.

My stubborn silence enraged her even more; she was no longer able to swallow her tirade. But somehow the words washed over me as I was fixated on the coffee cup. My fingers were tracing the black lines of the angular pattern. As the cup rattled on its saucer, she couldn’t help herself. She suddenly forgot her “pain” in order to remind me that “coffee stains” and she didn’t want her table cloth ruined. Which one of them, I wanted to know, pointing at the 3 starched table cloths of different shapes, sizes and colours, creating funny flowery angles one on top of the other. All that did was trigger an account of my various disrespectful actions over the years, from the time I wasn’t even able crawl. Oh well…

My grandfather was quiet. My grandmother was continuing the endless litany of my trespasses. And I was tracing the angles of the china pattern… because it was just so amusing! You wouldn’t think it, but it was. There was always a china hierarchy in that house. There was guest china – I don’t know how many sets of plates and cups and serving dishes and what not, all of them crammed into the dining room cabinet, together with all the crystal glasses and good cutlery, all to be used when we had company… respectable company, that is. There was everyday china, the stuff that we used; it lived in the kitchen and it was an eclectic mix of mostly chipped items, no two of them belonging to the same set. That was her idea of familiarity – she had often mentioned that we were not to be trusted with any of the good stuff, we could break it and it wasn’t worth it. We weren’t worth it… Besides, no one could see what table ware we were using. Then there was a third category… Whatever sets had lost too many items, broken by careless guests using them or clumsy family members washing them were offered to those guests you didn’t really value or respect, but who weren’t exactly family either. That was what my friends got when I lived there; that was also what my grandfather’s relatives and most of his friends got too.

The cup in front of me had been downgraded to second class guest china about a year earlier. Only two or three and their saucers were left from that set I knew forever.

You needed to be an insider to know the secret language of coffee cups in that house. But their angle of perception had changed and so had mine. I was no longer an insider. I took a sip of the bad tepid coffee I wasn’t planning on drinking. Terrible and disgustingly sweet, as always. Unlike her cooking and baking, my grandmother’s coffee was always bad and for some reason she insisted on adding copious amounts of sugar before she served it. So I was offered the low guest china. So what? I always liked those cups…

I took something out of my bag and placed it on the table, between the coffee cups’ small shadows. That’s what she invited me there for after all, but he didn’t know. Standing up suddenly, I could see them… us… from a different angle. They looked up. She went pale.

I was done keeping her secrets. She would lie her way out of it and he would choose to believe her. But at least I would never lie for her again. 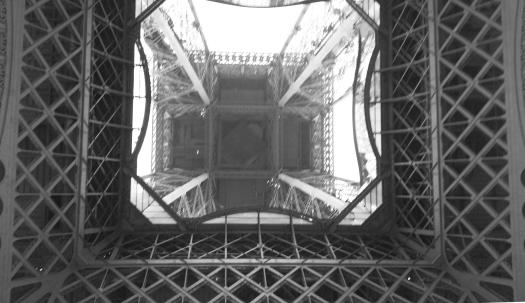 That was the last time I talked to my grandfather and saw him alive. About a decade later I attended his funeral and I couldn’t help thinking of our good days, together with those dark corners of “family” life.

I may not own obscenely expensive dishes or old fashioned crystal, but I also don’t own “guest table ware” or chipped plates and cups. I love my cute plates and the angles of the hand painted pattern on my wine glasses. I love that I don’t need to impress and if the food is good and the company, pleasant, the dishes become inconsequential. When they break, they break, they don’t need to outlive me. When they get chipped or cracked, they get tossed out – I also happen to believe I deserve as good a treatment as any of my potential guests.

Thank you, Ann-Christine, for reminding us how unhealthy it is to perceive something from one angle alone (Lens Artists Weekly Challenge – Angles).

23 Replies to “Angles Of The China Pattern”